Raj Tulsiani has become one of the UK’s leading figures in executive search, interim management, workforce planning and diversification. He has over 20 years of experience moving the dial on leadership, talent and diversity and is the author of 'Diversity and Inclusion for Leaders: Making a Difference with the Diversity Headhunter.'

As one of the most respected and disruptive figures internationally in these fields, Raj advises boards and change agents across the public and private sectors on diversity and talent. He sits on a number of boards including the Met Police.

As the leader of one of the recruitment industry’s few minority-owned businesses, Raj is a passionate advocate of the power of diversity as a source of competitive advantage, leading a team that sets the benchmark for innovation and commitment to consistently attracting and retaining diverse groups of appointable leadership candidates.

Under his leadership, Green Park has become an award-winning consultancy at the forefront of client and candidate service and innovation. In 2019, Green Park featured in the Financial Times’ list of 1000 Fastest Growing Companies and was the only recruitment agency to feature within the Sunday Times Virgin Atlantic Fast Track 100, ranking Britain’s fastest-growing private companies.

Regarded as a champion for entrepreneurialism within the UK, in 2018 Raj was most awarded Entrepreneur of the Year by both the MSDUK Awards and Recruitment International Awards and named in The EMpower 100 Ethnic Minority Executives List, presented by the FT. Other awards include Best Agency Recruitment Lead of the Year, a Lifetime Diversity Achievement Award and winning the Lord Noon Award at the Global Equality & Diversity Awards 2017.

Diversity and Inclusion for Leaders: making a difference with The Diversity Headhunter introduction 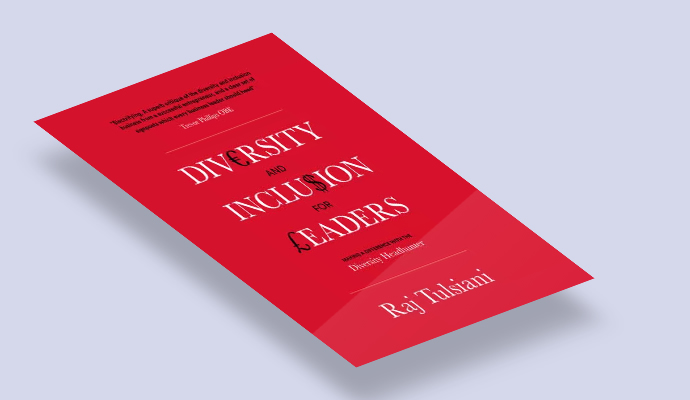 To me, Green Park is the only channel that genuinely understands and, more importantly, embraces the delivery of additional strategic value to its mandates, and that’s something I’m incredibly proud of.