Turning board diversity statistics into action 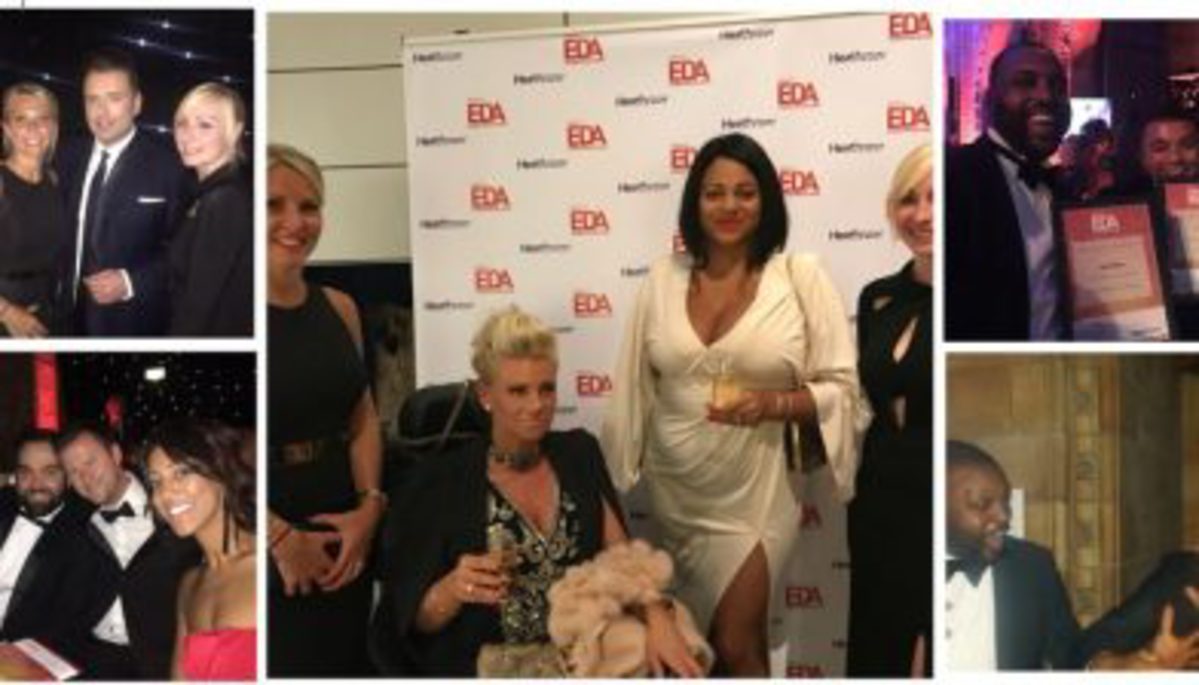 It was fun to attend last week’s European Diversity Awards and recognise the achievements of individuals and organisations who have made contributions to equality, diversity and inclusion across Europe.

I was even more pleased to have been shortlisted in the Diversity Champion of the Year category and to celebrate the second award win of Green Park’s alumni Amir Kabel, in addition to the wins of the good people at TfL.

I left feeling entertained, proud of Green Park’s growing recognition as change makers and inspired by the many nominated and recognised individuals whom we are pleased to have placed in roles. Above all, I left determined to personally do more to create sustainable change and tackle the growing scepticism fuelled by fake diversity news where inclusion is used as a means to sell an image without any tangible commitment to improving conditions.

Looking across the room, I saw the campaigners I respect becoming increasingly focussed because, despite the pockets of great progress, the continual absence of participative diversity in leadership – as highlighted by Green Park and Operation Black Vote in The Colour of Power – is a clear signal that institutions and wealth creators don’t understand how to effectively modernise corporate stewardship through diversity.

Those with lived experience don’t need cheesy corporate video marketing nor proactive LinkedIn campaigns to be persuaded what’s going on. Internal investment in, often well-meaning but, ineffective awareness programmes is neither motivating minds through self-interest nor winning over hearts. They are effectively a record stuck in a groove where some feel pleased to see the box is being ticked and others are disillusioned to see that it is only the box being ticked.

With increasing public pressure for fairer and more relevant organisations and the ongoing mainstreaming of diversity as part of business language, the UK government has pledged to support twin reviews by widely respected business leaders: on gender, Sir Philip Hampton and Dame Helen Alexander, and on ethnicity and cultural background, Sir John Parker and Baroness Ruby McGregor Smith, (who we are delighted to have as our keynote at the next meeting of our social enterprise DRIVE).

The 25% target set by Lord Davies in relation to board level gender diversity was more or less met in 2015 and has now been updated by The Hampton-Alexander Review, establishing a target of 33% by 2020. In its 2017 report, the Hampton-Alexander Review found that the number of women sitting on FTSE 100 company boards has more than doubled since 2011. However, this number still only amounts to 28% of all board positions. For the 33% in 2020 target to be accomplished, 40% of all senior appointments within the FTSE 350 will have to be filled by women over the next three years. This sounds achievable until you see that statistically female representation at board level in seven different industries went backwards last year.

Tactically, we have to consider how corporates with a blinkered focus on single strand diversity, generally gender, may have stopped organisations from making the most of talent across the UK.

Last month, the Parker Review published its findings in the same week that Prime Minister May published a racial disparity reportthat revealed inequalities for ethnic minorities in Britain’s schools, workplaces, hospitals and the justice system. The Parker Review found that out of 1,050 director positions in the FTSE 100 only 85 (8%) are of ethnic minority origins (and the vast majority of those are not British passport holders). It also found that over 40% of the ethnic minority directors are concentrated within seven companies, with five out of the seven companies having headquarters historically located outside the UK or having significant assets in counties where Ethnic Minority representation is a regulated requirement.

A third recent report from the occasionally fabulous Green Park, analyses the composition of the top 10,000 roles in the FTSE 100. The Green Park Leadership 10,000 identified that the pipeline, which supplies the highest tier of management in FTSE 100 companies, features the highest level of ethnic minority talent in four years. Progress has been made in 2017 with ethnic minorities moving up the management funnel, though this is where it seems to plateau. At only 5%, the pipeline is still not a fair representation of British society and, with very worrying trends for particular industries and functions, overall progress hides some areas of decline.

While the overall pipeline is improving, there is an 18% decrease in the number of ethnic minorities holding positions at Chair, CEO and CFO level in FTSE 100 companies, which begs the question: can minorities break – or be invited through – the glass/concrete ceiling?

For those asking the obvious question about intersectionality, looking further at the ethnicity of the 21 Chair, CEO and CFO positions held by women in the FTSE 100, 20 are white. This means that white women are twice as likely to reach the top 3 positions in a FTSE 100 company compared to an ethnic minority male and 20 times more likely compared to an ethnic minority female.

These figures make it plausible that those who currently recruit or headhunt for the boards of our leading institutions are failing to make their clients relevant to the best talent or simply don’t see the diversity agenda as anything more than a sales tool.

While Sir John Parker, whose review we have been proud to assist, has confirmed the ambition he set out in his consultation document – that no FTSE 100 board should remain mono-racial by the year 2021 – without intelligent market interventions, 2063 is statistically far more likely.

Whilst ministers have devoted significant political capital to supporting gender equality, there has been no such backing for the Parker Review. Indeed, we also await to see any concerted action to tackle the lack of ethnic and other forms of diversity in the upper echelons of business management, or the even less representative leaders of the NHS, local Government, charities, education and the arts

Whatever the reason, this has not gone unnoticed amongst minority communities, and the lack of trust in institutions is increased by the lack of action.

Our experience with customers and friends for whom we provide strategic recruitment, consultancy and systematic programmes of support in this area, is that almost everyone now understands a generic version of commercial and reputational gains to be made from greater diversity – but few translate this thoughtfully into their own operational context.

The question we would encourage organisations to ask now is not “should we be making changes to the composition of our leadership teams?” but “why are we unable to attract a wider choice – and what cultural factors stop us daily from better delivering our existing brand promises?”

Globally, there are increasing external pressures to be seen to act more boldly on an integrated front. Some 150 leaders of major US companies have signed up to the CEO Action for Diversity and Inclusion campaign, adhering to warnings about corporate cultures, such as the revelations that have rocked previously untouchable stock market darlings like Uber.

Given the pressure that is set to come further down the line in the UK to rebalance the ethnic composition of leadership teams (whether that’s from regulators, competitors or even the odd activist shareholders). The next generation of customers, want to believe organisations understand they cannot just buy in window dressed ‘progress’ and expect them to remain loyal.

The first task is to undertake an audit of board governance and assess how the voice of the customer, future challenges and disruption can be used to create stewardship that moves past fiduciary and legal responsibilities.

As part of this process, business leaders should ask themselves whether as a board they predominantly have a hegemonic gender, age, social or ethnic demographic. Are they in danger of groupthink and how would they know if it was rife in their decision making?

Executive search companies have to share the blame, but if we work with the same people, executing the same processes can we really expect different results?

The UK has a fantastic opportunity to open itself to the world post-Brexit, but our claims to be outward looking and open to expanded trade with the non-European world are hardly enhanced by closing pathways to talent, continued domination of its business leadership by people closed to new and challenging thinking and not adapting leadership to a changing world.

Diversity is only one method of creating organisations that are agile and relevant enough to survive. But it is one method that can be leveraged right now by all. It’s a choice.