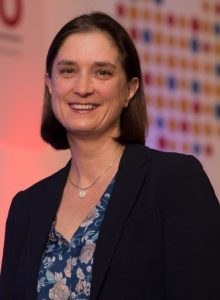 The D&I conversation seems to have become more mainstream but I don’t think action has. I think there has been a hope that improving diversity can be dealt with alongside business as usual, but what sector leaders need to realise is that business as usual is the problem. Improving diversity and inclusion involves a conscious, targeted investment of time and resource. Trying to suggest that the voluntary sector will see overnight improvements if everyone has a diversity and inclusion policy is naïve. For example, in regards to disability, the sector needs to think about how to make workspaces and events more accessible, in regards to race, the sector needs to understand and confront its own unconscious bias. But the rewards are worth it. Diversity prevents group think, leading to more creativity and innovation, it will better connect you to the communities you represent and some research has found that diversity increases profitability.

There are definitely more female CEOs in the sector than there were 10 years ago. This is borne out by research from ACEVO’s annual pay and equality survey which has shown a gradual increase in the percentage of female CEOs in the sector over the years from 44% in 2008 to 57% in 2018. We are now in a place where the CEO and Chair of the Charity Commission, the Minister for Civil Society and most of the umbrella body CEOs are women.

There is still some way to go though. The voluntary sector workforce is two thirds female but leadership is not. There is still a gender pay gap and the larger the charity is the less likely you are to see women at the top, although great leaders like Polly Neate, Lynda Thomas and now Julie Bentley are paving the way. It is also important to say that these are white women and there needs to be more support for women and men from a BAME background who aspire to leadership positions.

It is easy to see ‘the sector’ as though it’s one big homogenous group. In reality different sub-sectors have their own challenges and barriers. The answer will also differ depending on which underrepresented group is being referred to and what level of management is being discussed.

Earlier I talked about stats for female CEOs, but the number of women at Board level is lower. Where improvements have been made I think it is more because of leadership commitment and individual effort, not a systemic change and that is what we need for long-term, sustained improvements to happen.

It is important that we do not rely on volunteering or unpaid internships as routes into the sector. Requiring people to work for free before they have the opportunity to be paid limits the talent pool. I would also like to see greater promotion of the voluntary sector as a career path at secondary school level. It is still widely assumed that everyone who works in the voluntary sector does so for free.

However, alongside efforts to make working for the voluntary sector more accessible, it is important for leaders to recognise, nurture and promote the talent that we already have in civil society organisations.

In terms of lived experience of our beneficiaries, ACEVO’s Board is comprised of our members – charity and not for profit CEOs and senior leaders – and this gives us a valuable insight into the challenges, opportunities, highs and lows of our members at the highest level of the organisation.

I am committed to improving and increasing our use of digital which will allow us to have greater flexible working, meaning that we can employ people working outside of London, and staff with caring responsibilities can work from home with relative ease. I have also been very clear to my team that diversity is a priority for us as well as our members.

However, there is plenty more that ACEVO needs to do. One of the challenges we faced recently when moving office was finding an affordable space that was completely accessible. We discussed it as a team and we were clear that when we move to a long-term home, accessibility is a priority. This may mean spending more than we would otherwise on rent but I think that creating a more inclusive workspace is an investment that will improve the success of the organisation.

Leadership is the difference between policy and practice. Without commitment and buy in from the top, even the best policy in the world isn’t going to create change. The organisations where change has occurred are the ones in which leaders have made a public commitment to change and have then invested financially and personally in order to make change happen. There needs to be more generous leadership, leadership that involves supporting and encouraging others to the top. Only then will we start to see a shift towards a more inclusive and diverse workforce. It is well overdue.

Vicky Browning has headed up ACEVO, the network of civil society leaders, since February 2017.

ACEVO believes that great leaders make the biggest difference. Through its network ACEVO inspires and enables civil society leaders to have the vision, energy and leadership to change the world for the better. Vicky works with the ACEVO team and trustees to support, represent and encourage ACEVO’s members in their ambition to create change.

Vicky joined ACEVO from CharityComms, the membership network for communications professionals in UK charities,where she was director since March 2010.

A former magazine journalist, editor and publisher, Vicky worked at Haymarket Publishing, the UK’s largest privately owned publishing company for 16 years during the nineties and noughties. She was publishing director of a host of business titles including Third Sector and ad-industry bible Campaign,as well as spending two years in New York heading the launch team of internet marketing title Revolution US.

Vicky then enjoyed six years as an independent publishing consultant, offering management consultancy, product development and marketing services to a range of clients, before joining CharityComms and ACEVO.