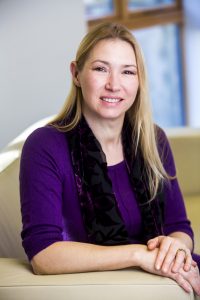 I am proud to be able to say that all of my four directors at CFG were ‘home-grown’. For each, the role here at CFG was their first official directorship. Additionally, I can also highlight that the gender and diversity of my senior team is balanced. But before I put pen to paper for this short piece I hadn’t really given much thought to why and how I got here…so here goes.

I am strongly of the view that you should offer opportunities internally to all staff – and not just in terms of obvious career progression. This feeling that title, previous experience and qualifications are not the only guide for talent comes from my own experience. Prior to becoming CEO at CFG I worked for 16 years at the ICAEW. During my time there I was privileged to be supported to change direction and take on new and exciting responsibilities (despite having no proven track record at the ‘right’ level) on a number of occasions. The ICAEW were willing to see what I had done and what I had the potential to do; giving me the opportunity to stretch and grow personally and the determination and loyalty to do the best job I could for my employer. I took this value into CFG with me.

I believe that spotting potential and offering opportunities to shine should be the duty of every leader at every level – not just senior leaders or CEOs. Not only do you get excellent value for money from staff you support (your investment in their growth is far more sustainable when those skills can be put to the advantage of your own organisation for longer) but you also send a strong message to those individuals who you have not spotted that progress and reward awaits people with talent.

It is this later point that I have become more passionate about over time. However, much we try not to, we are all liable to unconscious bias. We filter what we think about potential through our own experiences and values. This can give us blind spots. It can make us fail to see talent that, with the right support and encouragement, could excel and deliver truly wonderful things for our organisations. So we need to remove barriers to progression. We need to show that we stand for talent development – not just say that we do. I’ll give an example.

A young woman came to CFG as a temp. She was exceptionally bright, creative in her thinking and willing to put in the hard work to make things happen. When my PA was promoted to CFG’s IT manager, although her temp contract was coming to an end she agreed to take on my PA duties on a temporary basis, whilst we recruited. During the recruitment process she decided she would like to take on the role permanently.

If her appointment had been down to her CV, interview performance or demonstrated experience in a given discipline we’d have missed out. I am pretty sure that seeing previous internal movement and development happening at CFG played a part in her willingness to throw her hat in the ring. I am glad she did; several years later that person is one of my directors. I genuinely believe that she would have excelled elsewhere and rapidly (as talent finds a way) but her assent within CFG, I hope, is partly down to creating the right environment that supports, encourages and develops individuals.

The second observation I would share is that not all individuals show themselves at the same pace. Some jump at opportunities, others are held back by self-doubt or fear. Such self-limiting narratives are not the exclusive story of women (be aware of that unconscious bias!). Men can also be guilty of believing the stories they are told; whether that’s about their sporting prowess, strategic skills or perhaps a lack of the hard-nosed, focus on outputs (stereotypically male) approach to leadership.

As leaders we have to be patient and to be invested in our staff. More often than not what our employees need is guidance,coaching and opportunity. If we always focus on the instant success or the importance of ‘hitting the ground running’ then we risk missing out on longer term performance. We might fear that our investment will be rewarded by staff taking those skills elsewhere. But in my experience the payback you get from being part of someone’s development is worth the risk that they might prematurely depart your employ. I am certain that the alternative (of depriving them of the development and opportunities they need) practically guarantees their early flight.

One last thing; think about how you harness and develop talent. We too often make the mistake of promoting people to lead others on the basis of the quality of their work not their ability or potential to lead. However, we set such people up to fail if we confuse the two. Becoming an expert and mastering a brief is not a proxy for the ability to lead others.

My messages for those wanting to develop their future leaders; lead with an open mind, invest in your people, lead with compassion and understanding. I believe none of these things are a silver bullet to inclusion and diversity but they sure as heck contribute.

Caron Bradshaw is Chief Executive of Charity Finance Group. She joined CFG in June 2010 from the ICAEW, where she was Head of the Charity and Voluntary Sector.

In addition to supporting a number of small charities and community organisations Caron is a member of the NCVO’s National Assembly, sits on the Charities SORP Committee, on a number of government working parties, is a member of the BBC Charity Appeals Advisory Committee, and is Chair of the Board of the Directory of Social Change. She is named in the top 30 UK social influences in Risk, Compliance and Regtech 2017.

Caron is a trained Barrister and has a wide array of experience across charity, regulation/law, policy, member support, and professional ethics. In 2015 she was named Charity Principal of the Year at the Charity Times Awards. In 2016 she received the Association Excellence Award for Leadership. Caron is an avidly ‘social’ CEO and was been named in the top 30 social CEOs in 2013, 2014 and 2015 before joining the judging panel in 2016.