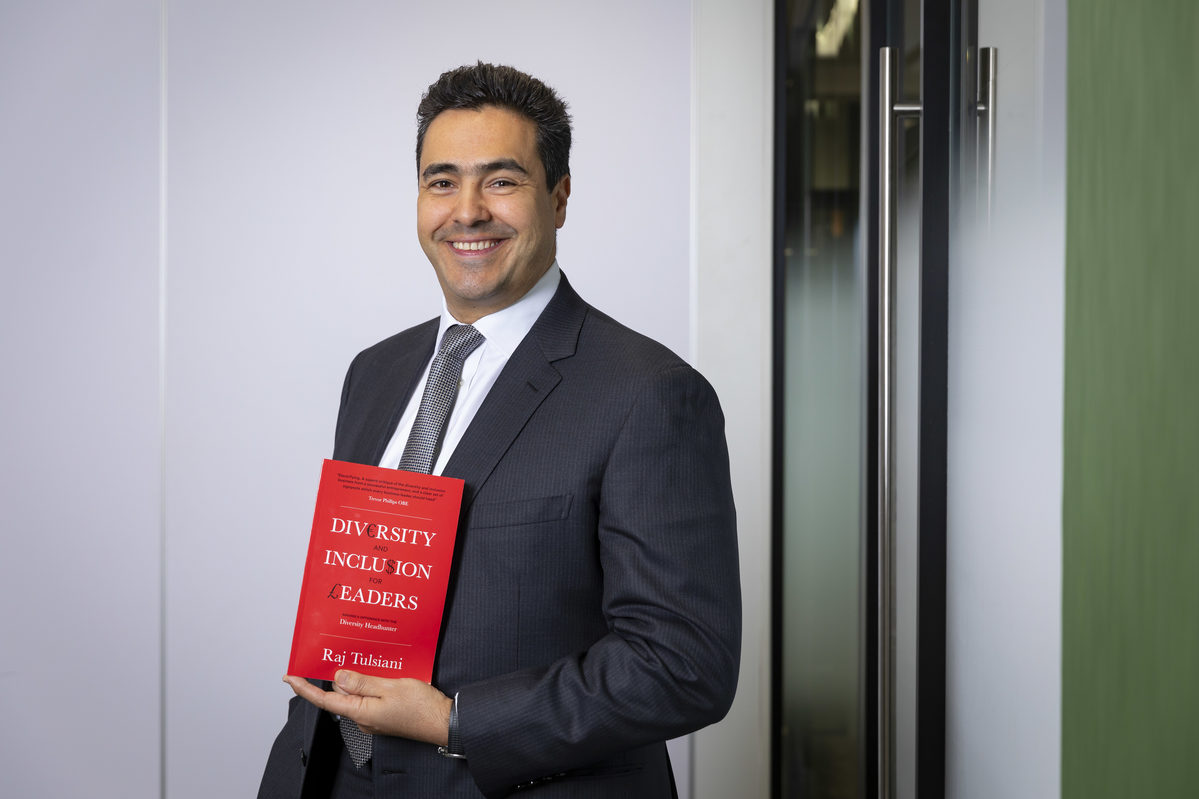 How to nurture female talent to achieve a deep and enduring difference.

Against a backdrop of miserable findings from The Parker Review - failing ‘one by 21’ targets and a lack of progress in the FTSE to increase ethnic minority representation on Boards - it easy for organisations to pin up gender as the ‘poster boy’ – ironically - for diversity progress. After all, the Hampton-Alexander Review found that “the drive by British business to address the shortfall of women in leadership has continued strongly in 2019, building on progress made in previous years.”

Well, that is until you take a closer look…

The Green Park Leadership 10,000 does show an overall improvement in gender balance throughout the FTSE 100 at Board level, with a surge of female Non -Executive Directors doubling the representation over six years.  However, these increases are mainly in white rather than ethnic minority women - whose representation at this level has dropped over the past year – meanwhile, Executive Committees remain a few years off meeting The Hampton-Alexander Review’s 33% female target, suggesting a reluctance to put women at the heart of company decision making. This is further enforced at Chair, CEO & CFO (Top 3) level which is less than 10% female. At the current rate of progress, it will take 50 years for women to be equally represented at this level.

With diversity a key concern for consumers, shareholders and regulators, many companies are increasingly concerned about the commercial risks presented by lack of attention to the issue. One recent report estimated that large companies which had faced issues arising from diversity failures lost an average of 7% of their market capitalisation in the weeks following the exposure of the issue. With growth and success at stake, organisations need to address diversity issues so women have the environment to thrive. Unfortunately, many organisations attempt to solve the problem by grasping at cut-and-paste solutions that simply don’t hit the mark.

So how can you practically make a difference in your own organisation to nurture female leaders?

Make a deep and concerted effort to improve D&I

Wanting change is not the same as landing it and making it stick. Few organisations present a credible business case that inspires the commitment necessary to embed diversity in a way that benefits their specific organizational needs. The true answer lies in every business designing a toolkit based on its own unique context – that’s the only way to gain the genuine buy-in that makes change happen.

Without implementing all four of these measures, you are unlikely to achieve a deep and enduring difference.

Lack of consistency is a common problem with progress in diversity and inclusion. Consistency can seem an elusive quality but it can be planned for, monitored and managed. This means that where consistency is lacking, the fault is likely to lie with the leadership.

Diversity and inclusion can’t be dependent on one individual leader because people naturally move around and amongst organisations. It therefore has to be built into the organisation’s leadership habits and values. This is best done by making sure that D&I activity is explicitly required in all leadership roles. It must be present in role specifications and probed for in interviews. There must also be a clear, repeated expectation from the top, with senior leaders reiterating their commitment to D&I on a continuous basis and calling out deficiencies when they see them.

The opposition between voluntary, non-regulatory action and legislation can be transcended by channelling voluntary efforts into frameworks for action. In this way we can add direction and metrics to an organisation’s investments in improving diversity and inclusion rather than simply setting overall targets and expecting organisations to develop their own plans for attainment. The phrase ‘structured voluntarism’ has been used to describe a similar approach to promoting actions against climate change.  I propose to apply it to strategies for adding structure to public, voluntary commitments made by organisations in diversity and inclusion.

Measures of diversity based on visible representation only provide baselines for action. These metrics do not in themselves say anything of real worth about the success of an organisation’s inclusion activities. The true measure of success is productivity. One of the first places to look for productivity improvements from D&I is in the impact of the organisation’s international activities. A company that trades with other nations will find that greater diversity in its teams leads to greater success in its target markets.

Give women real models – not role models. A role model is someone who looks different in a big job. A real model brings committed authenticity to the role. They are recognised for being themselves as well as being leaders.

Real models have usually had to struggle to ascend to leadership positions. They have built their own ladders. Importantly, they don’t retract those ladders behind them. They are keen to share their strategies for success and they pull people up behind them. They understand that not only is followership the largest part of leadership, it’s also the key to sustaining diversity in positions of power and influence. Having real models throughout the organisation boosts credibility, reliability and intimacy. It also strengthens self-orientation. Real models are found in attainable places. They are busy securing and enlarging those places so that others may join them.

By adopting these measures, organisations can make the deep shifts that help diversity and inclusion to flourish, enabling women to thrive. Maybe then, when the next Green Park Leadership 10,000 is published, the figures will show that more women are finally reaching top.

Raj Tulsiani is the co-founder and CEO of executive recruitment & diversity consultancy, Green Park, and one of the UK’s leading authorities in executive search, interim management, workforce planning and diversification. In his debut book, Diversity and Inclusion for Leaders: Making a Difference with the Diversity Headhunter, he distils his 20 years’ experience of moving the dial on leadership, talent and diversity to guides readers through the maze of terminology, techniques and trends that will shape the diversity landscape in the 21st century. Published by Green Park, Diversity and Inclusion for Leaders, is now available on Amazon: https://www.amazon.co.uk/dp/1527249492