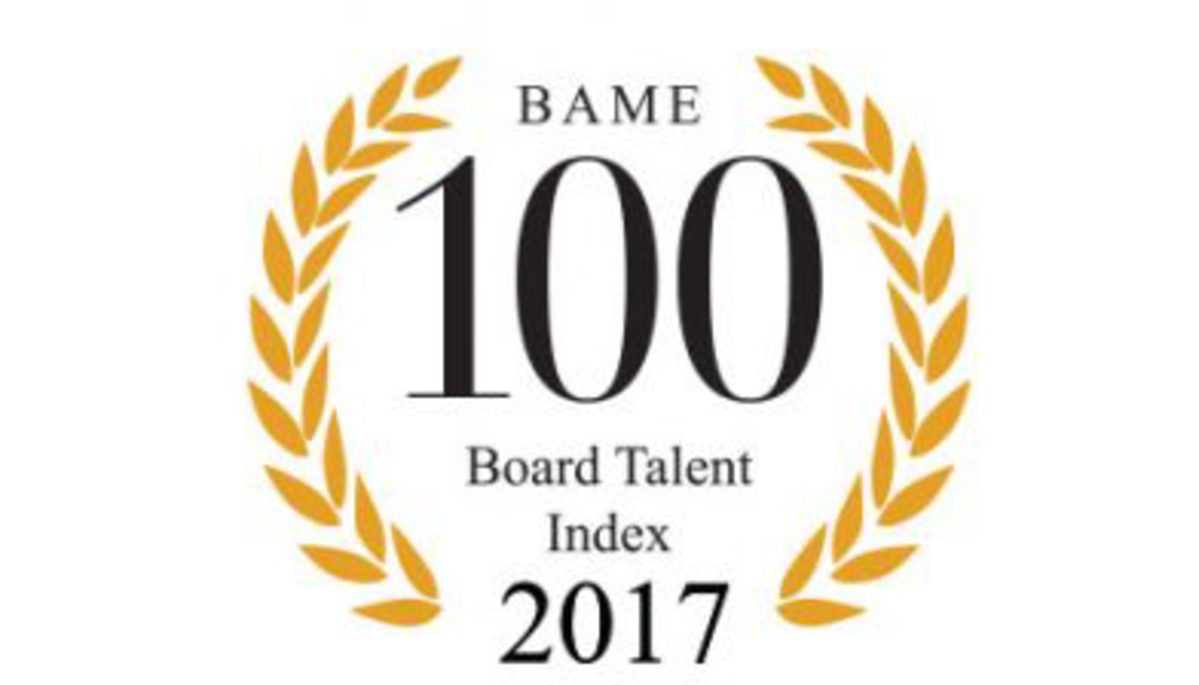 Green Park has released the second annual BAME 100 Board Talent Index (2017) to celebrate the achievements of Britain’s ethnic minority leadership community. The index is unique because it showcases the success of BAME (Black, Asian and Minority Ethnic) leaders, who have succeeded in the UK despite minorities remaining underrepresented in both Government and business.  The Index is designed to complement the recommendations of The Parker Review and to act as an inspiration for the next generation of BAME leaders, highlighting talent and the opportunity to succeed knows no colour.

The index details 100 of the most prominent BAME leaders from across the Private, Public and Third sectors, as identified and finalised by an expert panel of judges; Baroness Jan Royall PC, Ken Olisa OBE, Raj Tulsiani and Lord Chris Holmes. The list was officially launched at a private viewing of the Jean-Michel Basquiat Boom for Real exhibition at the Barbican on the 23rd October.

The launch follows the publication of The Parkesr Review’s calling for a change in three key areas:

Green Park’s annual Leadership 10,000 report found that the leadership pipeline that supplies the boards of FTSE 100 companies features the highest level of ethnic minority talent in four years, however, at five percent of the total pipeline this is still not a fair representation of the British population. There has also been a decrease of 18% in the number of ethnic minorities holding positions at Chair, CEO and CFO level in FTSE 100 companies.

The majority (82%) of ethnic minority leaders do not trust the organisations they work for, believing there is institutional prejudice against minorities in the UK.  Almost one in five (18%) ethnic minority leaders have personally experienced workplace discrimination in the last two years.  The findings are published in Green Park’s report ‘Changing the Face of Tomorrow’s Leaders:  Increasing Ethnic Minority Representation in Leadership’.

Raj Tulsiani, CEO of Green Park, said: “We are delighted to highlight and celebrate the success of the UK’s leading BAME board talent for the second year. Those who have been selected by the panel should be applauded not only for their aptitude but also for their positive contribution to future generations of ethnic minority talent.

One of the areas we still need active and better participation from boards in is on the experience of BAME employees on the way up to boards. We’re now seeing the highest levels of ethnic minority executives in the succession pipeline but are still not seeing this talent reach the top. Boards need to be more attuned in creating governance structures that increase representation and foster the conditions for greater inclusion.

The Parker Review and The McGregor-Smith Review have helped put ethnic diversity on the boardroom agenda, but it must also be a central objective of any recruitment or talent management strategy. The importance of having mentors and role models cannot be overstated – the publication of our second BAME 100 Index demonstrates the talent that is out there and ready to contribute to the success of British businesses and institutions.”

Green Park selected the initial shortlist of 121 individuals for the index by identifying and tracking profiles of the leading ethnic minority executives across British organisations. The judging panel then used Green Park’s REALmodel* grading methodology to determine the top 100.