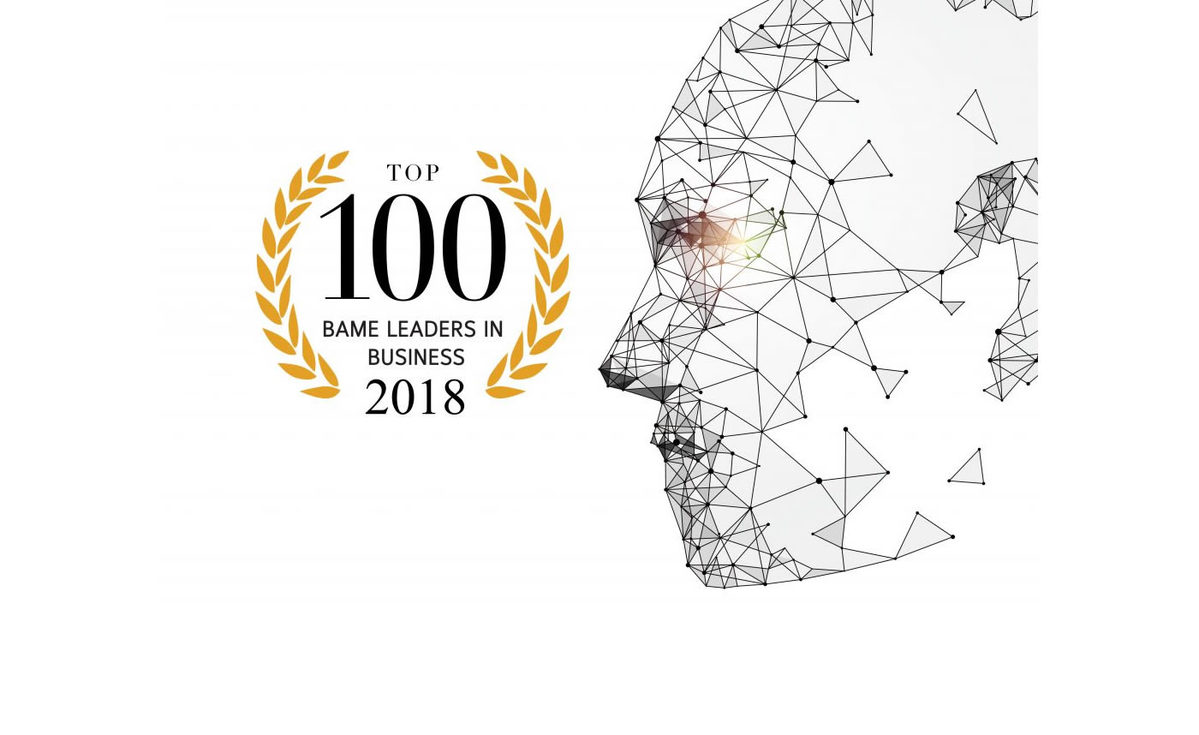 Green Park’s research has found a distinct lack of an ethnic minority representation in senior leadership positions, as black, Asian and minority ethnic (BAME) professionals still face a number of challenges and barriers in and out of the workplace. At Green Park, it is our mission to break down these barriers and lead by example, encouraging other organisations to follow suit.

Our Top 100 BAME Leaders in Business report is designed to showcase the talent, experience and expertise of ethnic minority board-ready leaders who are chronically underrepresented in most of Britain’s biggest organisations across the Private, Public and Third sector organisations. It is also the recognition and celebration of much-needed role models who lead by example, driving social and cultural change by actively reaching out to communities, using their skills and networks to transform lives.

As a growing organisation, Green Park has made the important decision to place the promotion of Equality, Diversity and Inclusion at the heart of our business. We have an impressive record as change-makers, tirelessly advocating and championing the acceleration of high calibre minority candidates into some of the most senior leadership roles in the UK’s top boardrooms.

Green Park applied a strict selection criterion to identify 800 ethnic minority individuals that comprise the talent pool from which the Top 100 were selected, with the majority occupying Director, Executive and Non-Executive positions.

Deemed to have the necessary knowledge to provide oversight in a governance role, individuals were scored on their ability to deliver sustained growth and profitability within an organisation.

The second area of focus is to identify proactive leaders that have impacted the world beyond their company by giving back to the community. The judges looked for individuals that have fostered dialogue and action across a variety of platforms, creating a positive role model for the younger BAME generation to emulate as they strive to become future leaders.

Judged by an independent panel of experts, the shortlist helped to identify candidates’ professional achievements and commitment to delivering positive change. The top scoring individuals comprise the final Top 100 BAME Leaders in Business. 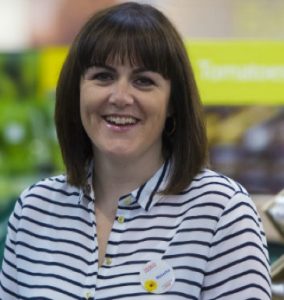 Natasha is an experienced HR professional with 20 years’ experience at Tesco, enjoying a varied career with people at the heart of them.

Starting in a store Natasha has worked across a number of People/HR roles, from regional based generalist HR to functional leadership roles, always enjoying the pace and people retail environments bring. Her first directorship role was as Customer Service Director for the UK, enjoying operations so much she went on to be an Operations Director for retail support.

Natasha has recently been promoted from People Director for UK & ROI to the Chief People Officer for Tesco Group. A huge opportunity at an exciting time for Tesco and the retail industry.

As a Fellow of the Chartered Institute of Personnel & Development, learning and having a curious mind is important for Natasha, as well as staying connected through a number of HR leader’s networks and forums. 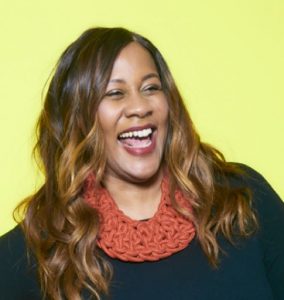 Karen is a proven business leader with a track record in creating vibrant cultures, energising teams and consistently delivering business growth and success. She is currently UK country manager for WPP, the world’s largest marketing services group, and Chairwoman of MediaCom, the largest media agency in the UK.

Karen champions diversity and equality of opportunity throughout the advertising industry. In 2012 Karen launched the first ever government backed apprentice scheme for the sector.

In June 2014, Karen received an OBE in the Queen’s Birthday honours and in 2015 Karen was the first business woman to be named Britain’s Most Influential Black person in the Power List.

Karen is an external advisor to the UK Government Civil Service and a Business Ambassador to the Department of International Trade. Karen sits on the board for Creative England, is a Council Member for the Creative Industries Federation, and Chancellor of the University of Portsmouth. 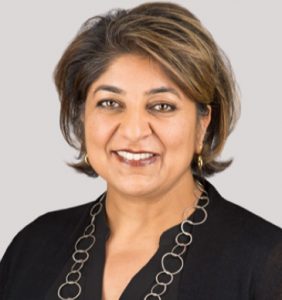 Amee Chande is a senior executive and non-executive director. She was most recently the Managing Director for Global Strategy at Alibaba Group. Prior to joining Alibaba, Ms. Chande held MD/CEO roles at NutriCentre, a health and wellness subsidiary of Tesco, Staples UK business, and Marketside, a division of Wal-Mart.

She began her career as a strategy consultant with McKinsey & Company where she spent over five years advising a broad range of retail and consumer goods companies. Ms. Chande sits on the board of BBA PLC, and is on the advisory board of Living Bridge, an award-winning Private Equity Firm, and British Petroleum. She volunteers actively with the Girl Guides, and is a member of the board of the Kensington & Chelsea Foundation. 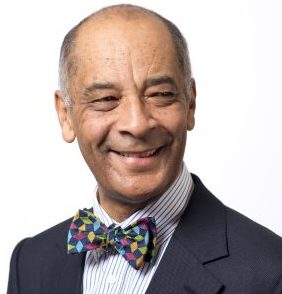 Ken is Founder and Chairman of Restoration Partners, the boutique technology merchant bank and architects of Inogesis formerly known as The Virtual Technology Cluster model. Ken’s technology career spans over 30 years commencing with IBM from whom he won a scholarship while at Fitzwilliam College, University of Cambridge. In 1992, after twelve years as a senior executive at Wang Labs in the US and Europe, Ken founded Interregnum, the technology merchant bank. He was elected as a Fellow of the British Computer Society in 2006.

He is currently Chairman of Interswitch (Africa’s largest e-payments company). He is a former Director of Thomson Reuters, a former Deputy Chair at the Institute of Directors and Eurasian Natural Resources Corporation (ENRC) where he coined the famous epigram More Soviet than City to describe the manner of his departure.

Ken is a Freeman of the City of London, Liveryman and Past Master of the Worshipful Company of Information Technologists, Patron of Thames Reach (for which he received an OBE in 2010), and Chairman of charity Shaw Trust. He was an original member of the Postal Services Commission (PostComm) and the Independent Parliamentary Standard Authority (IPSA) and is the Founder and Chairman of the Aleto Foundation. He is a past Sunday Times Not for Profit Non-Executive Director of the Year and was named Number 1 in the 2016 Powerlist’s roster of the UK’s Most Influential Black People. In 2013 Ken and his wife, Julia, endowed the Olisa Library at his alma mater Fitzwilliam College, Cambridge. In 2015, Her Majesty the Queen appointed Ken as Her Majesty’s Lord-Lieutenant for Greater London and he was knighted in the 2018 New Year’s Honours List for services to business and philanthropy. 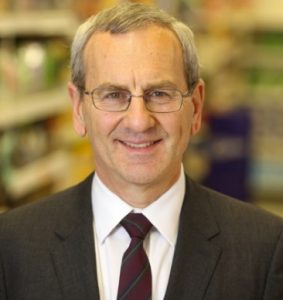 David’s executive career from 1974 to 2006 was spent in financial and general management in Unilever, NatWest, Christie’s and GUS. Since 2007, he has had a Non-Executive career. He is currently the Chairman of two listed companies: J. Sainsbury PLC (since 2009) and Hammerson PLC (since 2013). He has also been the chairman of a private-equity owned company, Domestic & General Group Limited, since 2015.

He has in the past been Chairman of 3i Quoted Private Equity PLC and of Logica PLC, and a NED at Experian PLC, Reckitt Benckiser Group PLC and Burberry Group PLC. He is the CoChair of The Parker Review Committee on ethnic diversity on UK Boards. He has also been Chairman of Hampstead Theatre since 2012. He has an MA in Economics from Cambridge University, and is a Fellow of the Chartered Institute of Management Accountants and a Member of the Association of Corporate Treasurers.