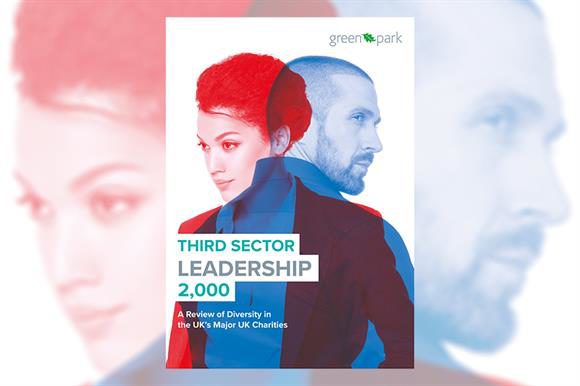 The Green Park Third Sector Leadership 2,000 maps the gender and ethno-cultural diversity of selected Board and Executive Leaders in Trusts and charitable institutions.

In this report, we examine the backgrounds of 1,866 individuals working in the largest 100 UK charities (Major UK Charities), categorised by annual turnover and broken down into 10 sub-sectors.

These reports are our contribution to the health and prosperity of the sector by holding up a mirror for everyone who wants their sector, whether private, public or voluntary, to thrive in modern Britain.

It is important to note that the Major 100 UK Charities should not simply be seen as shorthand for a sector which is hugely diverse in terms of size, scale, funding, activity or reach. There are thousands of small and medium sized local and regional organisations who would see themselves as different on all sorts of metrics. But these 100 organisations are among the most prominent in the public consciousness. They represent some of the most recognised brands. At a time when public scrutiny and trust is volatile, that visibility confers an even greater degree of responsibility on those charities to be representative.

What Green Park’s research demonstrates is that this is simply not the case. Power still resides within structures that are largely defined by class, colour and gender.

Whether diversity is inherited or acquired, visible or cognitive, we believe that no organisation can sustainably deal with change without increasing the agility, skills and customer orientation within its leadership team. We also know there is a clear correlation between those qualities, the diversity of the team, and its ability to protect the future relevance and impact of the organisation. We firmly believe that for the charities represented in this report to thrive and drive positive social change, it will be vital to “widen the gate without lowering the bar.”