This year Green Park launched our first ever Third Sector Leadership 2,000, a review of the ethno-cultural and gender diversity of the most senior leaders in the UK’s largest charities. Its purpose is to help widen the gate by providing statistically valid data into the actual composition of leadership in the Third Sector. 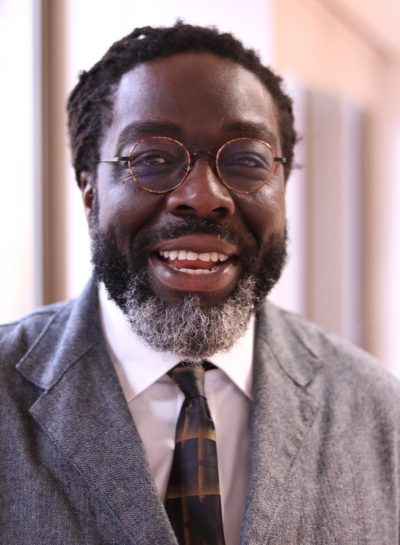 The sector isn’t representative at leadership level or in its governance. It suffers from the same dynamics that affect society’s challenge with diversity and inclusion, with the additional factor that the sector sees itself as outside the pressures on commercial businesses to be more representative at Board level; and by and large has continued to recruit in the image of the last Chief Executive or Chair. This has a knock-on effect that produces a culture which rewards networks that are unlikely to be open to people from minority ethnic groups or even from working backgrounds.

I would say there has been massive change in the sector with more women having reached Chief Executive positions and roles of seniority, but they are not necessarily women of colour. I would argue that that represents little change because it has resulted in little change at the top. The biggest shifts in the sector have been the increased move to a commercial businesses model, e.g. contracting. When I started, Turning Point was seen as an outlier in its approach to business, now it is seen as pretty normative.

I actually think the sector has become harder for underrepresented groups to enter into management. The route to receiving a general leadership and business education relevant to accessing the top jobs in the sector are available to minority groups, but what isn’t are the networks that make you visible to head-hunters. Frankly, there is wilful ignorance on behalf of some head-hunters, for instance I could not imagine a black Chief Exec of the National Trust; and the National Trust has been around for 50 years and there has never been one. Similarly, I could not imagine a black Chief Exec of Macmillan or the Red Cross, and that is an indicator of how little has changed over the years.

I believe there has to be a radical rethinking of how we define talent, where we find talent, how we encourage it. We have to look for difference rather than look for similarity. The cultural norms of many of the trusts and organisations in the sector need to accept that we are not living in the 1980s and that it is 2018. The expectation of stakeholders, funders and the general public is that they look like stakeholders, funders and the general public; although that might be a challenge for funders as they face the same problem. I think there needs to be a radical re-examination of purpose. There is a lackadaisical view of diversity. it is not diversity of skin colour that really matters; it is diversity of thought, which is represented by people of different backgrounds and there is plenty of evidence that diversity of thought leads to more successful organisations.

At Turning Point we look for talent and we don’t put barriers in the way of protected groups applying. Are we successful? Probably not as successful as we should be, but we have a culture of openness and genuine enquiry as to diversity and diversity of thought. I think we could do better, we are self-critical which is a pre-requirement of moving the needle in this area.

If we had seen change, it wouldn’t be necessary to do this survey. The sector is very slow to change and has managed to avoid the kind of critique that other sectors have received. I note the work of Green Park but there’s still a long way to go. One of the things we have to do is look outside the sector to bring people in with transferable skills as opposed to employing people we consider a “safe pair of hands”. If we are really going to move the needle on diversity and inclusion.”

Lord Victor Adebowale CBE is the CEO of Turning Point, a social enterprise providing health and social care interventions to approximately 77,000 people on an annual basis.

Victor sits as a Non-Executive Director on the Boards of NHS England, the Co-Operative Group, Collaborate CIC, IOCOM and Leadership In Mind. He is also the Chair of Social Enterprise UK. Victor has chaired a number of commission reports into; policing, employment, mental health, housing and fairness for The London Fairness Commission, the Met Police and for Central & Local Government. He was awarded CBE for services to the unemployed and homeless people and became a crossbench peer in 2001.

Victor is a visiting Professor and Chancellor at the University of Lincoln; an honorary member of the Institute of Psychiatry; President of The International Association of Philosophy and Psychiatry and a Governor at The London School of Economics. Victor has an MA in Advanced Organisational Consulting from Tavistock Institute and City University.