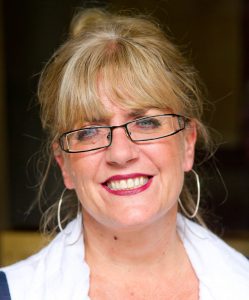 By most measures we are incredibly diverse at DSC. In the 17 years that I have been the CEO, I estimate that we have had staff members working for us who are either natives of, or claim heritage from, over 30 different countries, from places as far away as Iran and Iraq to places somewhat closer to home such as Iceland and Spain. We have had folk who are differently abled and folk who bravely face the challenges of mental health issues.We have had people from around seven different religions and lots with no faith. We have had folk from BME communities and from the LGBT community. Our oldest staff member is over 70 and our youngest just turned 22. When you visit DSC when all our staff are together, it most definitely feels rich in diversity and variety of backgrounds, ages, education and, inevitably, opinions.

I’ve been thinking about why when so many organisations struggle with diversity, we appear to do so well at DSC? Thinking about it for this report, it is true to say that our overall mix is wonderfully diverse but in all honesty, I have to admit that this diversity varies between departments and over time. For example, you could argue that we are less diverse in our Liverpool office, where our research team are based, than we are in our London office, where most of the other departments are. We currently have more men than women on our leadership team, although this is a recent phenomenon – up until about two years ago the leadership team was usually dominated by women. But in other respects we do have diversity in that team. We have departments where every member of staff is from the BME community and some where they are all women. And like most charities we’re very conscious that although our Board is reflective of our stakeholders and has a good male/female ratio we are arguably less representative of other sections of the community we serve.

Of course, there are a number of quite fixed factors affecting the diversity of our organisation. The bulk of DSC’s staff are London based and London itself is a rich mix of diverse folk so there is a wider pool to call upon when recruiting. Geography is of course a factor, for good and bad, for lots of charities – if you’re based in the South West being representative of the community you serve is probably going to mean that it is harder to recruit BME folk to your Board. But that doesn’t mean you can’t be reflective of other forms of diversity.

We’re also quite small. With fewer than 40 full time staff, and some of our teams only having two or three people in them, it’s easy for parts of the organisation to be, or appear to be, less diverse than others. For a short period in the summer for example, our marketing team was 50% Spanish. Also, after a couple of recent personnel changes, we noticed that our leadership team had shifted from being dominated by women to having a higher proportion of men. This was a matter of accident not design. But we looked into it to be sure that we weren’t inadvertently favouring men. And I’m glad to say that with my maths hat it makes sense because truly random distribution does exhibit in clusters.

But – and here’s the rub – being diverse is not simply about black and white or male and female. It’s also about rich/poor, academic /vocational, private school /state school, straight into employment/university, abled /differently abled, straight /gay, faith/no faith, young/old – in fact, wherever there is difference. The trick is to observe if all the folk in your organisation are broadly similar or if there is real differences between them. For us there are broadly two significant factors that contribute to our diversity as an organisation.

Firstly, we are a charity that serves other charities. All other charities. Our whole reason for being is to serve the spectacularly broad and diverse groups and individuals that underpin and drive social change in the UK. Doing that, talking about what we’re doing and who we’re helping, and making that a part of how we communicate internally and externally, means that we attract and retain staff who share those values. I challenge anyone to spend time with my staff and the incredible range of organisations and individuals that they are helping, and see diversity as anything other than amazing and also completely normal.

Secondly, and related, is how already being a fantastically diverse group of people makes it easier to maintain that. When we recruit, we always try to promote from within (we’re a training and development organisation after all!), but when we recruit externally, we take diversity extremely seriously. We have processes in place to ensure managers are being as objective as possible in their selection of new staff, and challenging any bias they may have. For instance, any interview for a new employee includes on the panel a manager from a completely different part of the organisation to mitigate against folk inadvertently recruiting in their own likeness without realising it.

Debra has been the Chief Executive of the Directory of Social Change (DSC) since 2001. DSC exists to support charities to serve their communities and their causes and reaches around 15,000 charities a year through its work.

She is a Trustee of In-Kind Direct, a Trustee of the Berkshire Community Foundation, Vice-President of the Soldiering On Awards, an AAF (Africa Advocacy Foundation) Ambassador for Women and Girls at risk of or affected by FGM and other harmful practices, Vice Chair of Governors of WhiteKnights Primary School and a Patron of the Charity Staff Foundation. She was the founder Chair of the Small Charities Coalition. She was a member of the Charity Commission’s SORP Committee for seven years. She is a Fellow of the RSA and a member of the Royal Institution.

After a brief stint in the private sector, Debra has spent most of her career in the charitable sector in leadership roles in campaigning, policy development, sales, product development, media relations and training.

Debra is particularly proud of her 14 years as a voluntary Trade Union Officer and the year she spent working with Youth at Risk.She was the first female Programme Director of the Runge Effective Leadership programme. She is a mentor to a number of CEOS and Chairs of Trustee Boards.

Debra is a renowned authority in the field of leadership and governance in civil society, an internationally published author, including the seminal It’s Tough at the Top, a guide for chief executives. She writes ‘The Last Word’ column for Third Sector magazine which reaches around 123,000 people per publication.