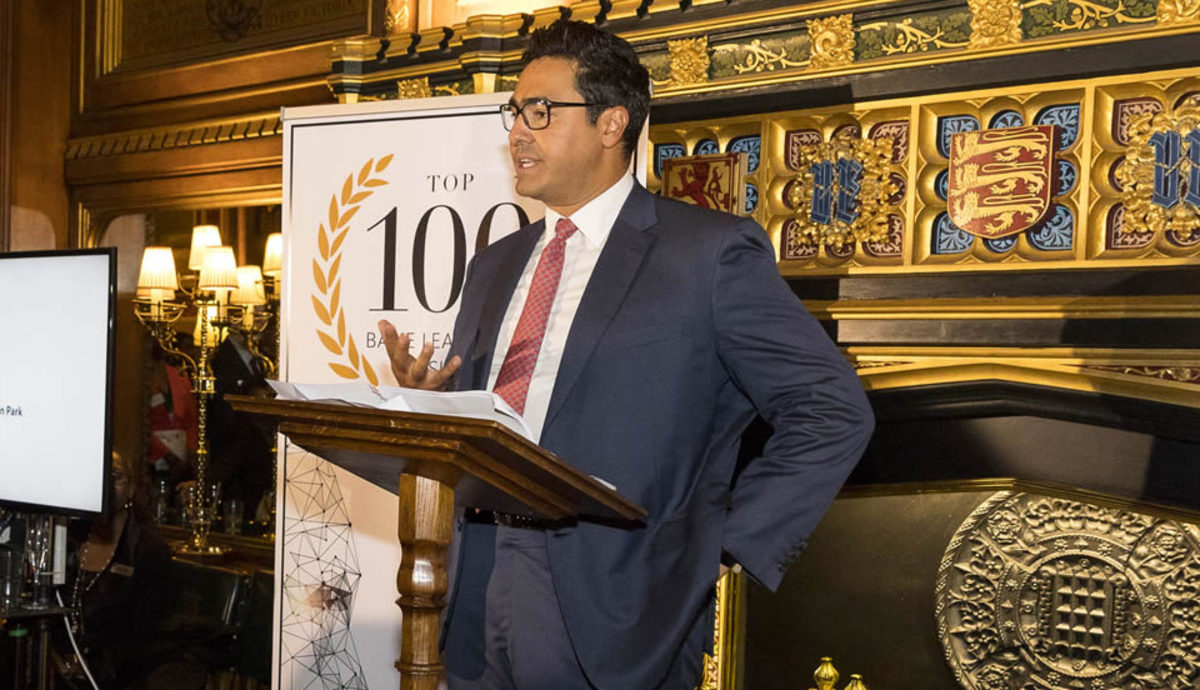 At last year’s Top 100 BAME Leaders in Business 2017 launch, I warned that as we approach Brexit, organisations would need to build trust in British businesses, increasing workforce engagement and organisational productivity on a systemic level. A year on and I can see the trust deficit continuing to grow across all sectors. As it does, a generation of talent is becoming increasingly  disengaged, waning in management due to a lack of support and being exported because progression is perceived to be blocked.

It just so happened that on the day we launched our Top 100 BAME Leaders in Business 2018 index, Theresa May announced her plans to introduce ethnic pay gap reporting, an announcement we welcome, particularly as Karen Blackett – one of the judges of our Top 100 BAME  index – was appointed as national race champion.

We look forward to seeing the charter but, can it actually change the complexion of the senior leadership throughout major companies or public bodies? As Green Park’s Chair, Trevor Phillips, said: ‘The difference between wanting to do something and actually being able to deliver it, is constantly ignored.’

So, what would we want to see? What could we help deliver? If the Charter or the public sector strategies contained some of the following, then they could make a difference:

1. Integrated pay gap reporting
As a business, we advocate for accountability and action. Numbers should be shown, but not simply amalgamated across the whole organisation. A level of detail should be used that can drive competitive advantage and prepare the ground for immediate interventions. Organisations are under scrutiny,  meaning that actions, for once, speak louder than words. For the organisations wanting to win in this space, we intend to shape those actions.

2. Talent
Introduce the ‘Rooney Rule’ for all internal hires with a salary above £60,000 (which would include all Senior Civil Servants). As a firm that proudly campaigns for wider access and operates in the intersection between executive search, interim management, volume recruitment and diversity consultancy, we know that the talent exists. It just isn’t willing to apply itself to brands it no longer trusts, or that face extinction because of myopic and outdated governance structures.

3. Leadership
Compensation for company Chairs and Senior Independent Directors should be tied to meeting the pay gap and Parker Review targets, in addition to providing the governance that ensures D&I policies protect the organisations staff, customers and brand to a level that surpasses the beady eye of tomorrow’s institutional investors.

4. Procurement
Mandates to ensure that suppliers to public bodies meet specific diversity requirements as part of the procurement process. For example, no company that fails to employ a person of colour at senior level should be eligible for tenders above a threshold. Private sector companies should match this, creating greater competition to benefit the customer.

5. Money
If they are serious, they should put some real money behind it! Intel put $300m into hiring programmes for women and minorities between 2015 and 2020; and spent $1bn with women and minority owned suppliers. And that’s just one company.

6. Diversity Confidence as a Leadership Competence
Inclusive leadership ought to be a selection criterion. Pay gap reporting can make a difference, but, so far, this is just a consultation on ‘if’ and not ‘how’. Pay gap reporting has made a positive difference to gender equality, which has been as much about achieving equal status as equal pay.

7. Transparency
Mandatory reporting on the status and pay, by ethnic group, is required in the USA by every large company and public body. To enforce this in the UK will require some cultural changes, in order for people to trust the purpose of the data reporting, but, the good news is, statistically, the people who don’t fill in ethnicity forms are usually white men.

8. The elephant in the room
Without organisations accepting that racism exists within organisations, just as it does in society, there will remain a portion of the workforce who talents will never be mainstreamed. Recent forms of institutional prejudice are often harder to articulate or qualify as they have evolved to manifest in the subtlest of ways. However, an acceptance of the merry go round that is tokenistic box ticking gestures, can easily be avoided by co-creating a solution with experts who have lived experiences and are data rich enough to change people’s minds.

That’s one of the great pleasure Green Park have in celebrating the Top 100 BAME Leaders in Business: The people on it are both changing peoples minds and, whether consciously or not, active in the struggle to create a more even playing field for everyone. By default, they are role models to thousands of people they may never meet, proving that success in complex organisations is authentically possible.

This article was published in recruitment International Magazine, the November 2018 edition. For the full magazine, please click here.