Diversity & Inclusion for Leaders: The Need for More Inclusive Approaches 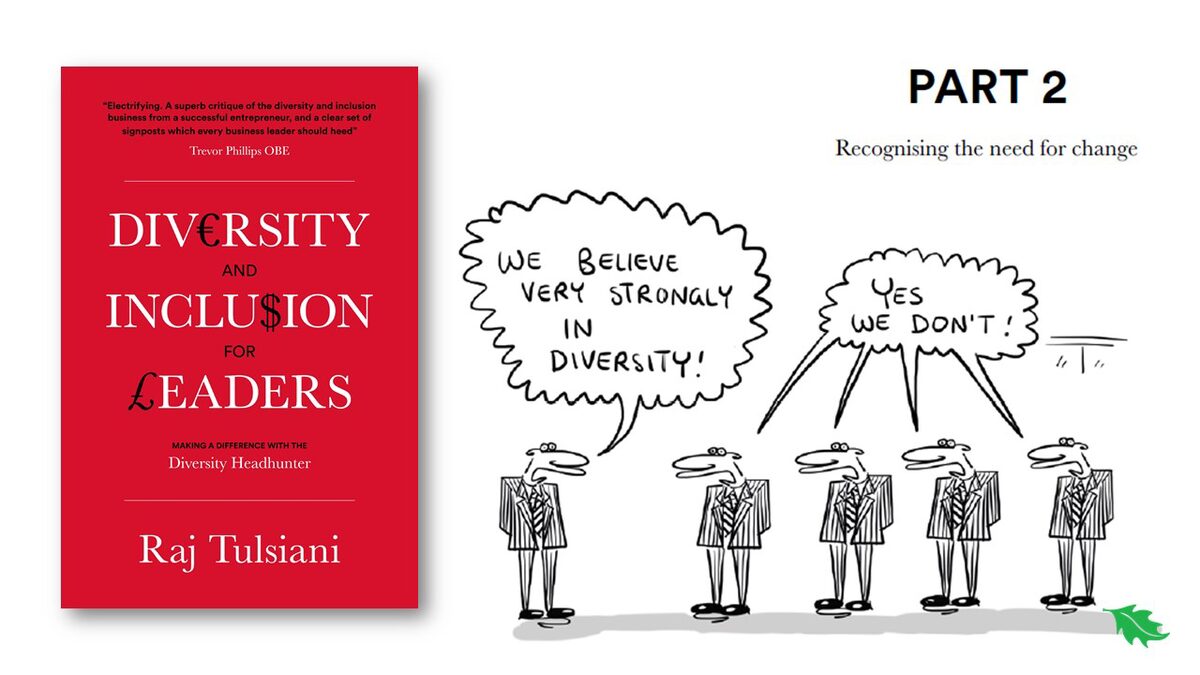 We need to involve in order to evolve.

Inclusion is an activity, so it makes sense to focus on inclusive approaches to the ways in which we staff, operate and assess organisations. Simply measuring diversity isn’t enough to create change. And randomly applying training solutions doesn’t work either.

Bringing inclusivity to processes and systems can sometimes be formalised – and we will look at several successful strategies for inclusive approaches within organisations. However, we need to establish a few basic principles which I believe underwrite any thoroughgoing commitment to inclusive action.

The first is the need to recognise that it’s no longer acceptable for members of the majority, however well-meaning they may be, to decide exclusively on the opportunities, outcomes and experiences of people who are different to them. It ought to be obvious that any inclusive approach will fail if it hasn’t been led or co-created by the people it is meant to serve. It’s only logical: how can your approach be inclusive if you haven’t been inclusive in creating it? Many D&I initiatives fail because they are standardised, externally sourced solutions that don’t resonate with the intended target audience – activities that are cut and pasted without interpretation or evidence of the current starting point. Any generic effort to inject inclusivity into an organisation’s practices will similarly fail to land and stick.

The second principle follows from the first. If we’re to be inclusive in the way we ensure inclusion, then we need to begin with more diverse decision-making groups. It’s clear to see that homogeneous decision-making groups run the risk of being illsuited to ensuring inclusion. Such groups are, at best, being asked to imagine their way into the experiences of diverse individuals, which is an artificial, subjective and unverifiable approach that would never be tolerated in better established business disciplines, such as finance or human resources. It is enshrining amateurism exactly where a more professional outlook is urgently required – and it reeks of marking your own homework.

The homogeneity of decision-making bodies is a serious obstruction to inclusion – and it persists, despite the strong indications that it needs to go. For example, the UK’s Parole Board contains 240 members, not one of whom is black (13 are of Asian or minority ethnic background, or 5.4 percent). Given that BAME people are over-represented in the prison population, the Parole Board is seriously misaligned with the group it is designed to serve. If you look at bodies like the Arts Council, you can see how homogeneous attitudes to class result in elitist views, a lack of engagement and disparity in grant allocation. Without diverse insights, their systems – and those of many regulators – are fundamentally broken.

Commenting on the under-representation of BAME people on the Parole Board, chair Caroline Corby said: ‘I think there must have been some kind of unconscious bias in those [recruitment] processes. We’re not going to have those processes next time around.’1  This makes the homogeneity of the Board sound like a matter that can be addressed with a technical fix – as if unconscious bias is a bug that can be designed out of the system. More worryingly, Corby doesn’t seem to have considered that if the Board’s recruitment processes are infected by a mysterious, unconscious mechanism that designates minority candidates as failures, its processes for dealing with prisoners are likely to be similarly dysfunctional.

The way forward for homogeneous decision-making bodies like the Parole Board lies not in technical tweaks to the existing recruitment process but in a radical rupture with past practice. Where groups continue to under-represent their stakeholders, they need to design compensatory processes that acknowledge and nullify the disadvantages that minorities have accumulated. I know this approach will be greeted with cries of ‘double standards’. But double standards already exist. It’s obvious in the way BAME candidates fall away in the early rounds of recruitment to the Parole Board for ‘reasons we don’t entirely understand’.2

I’m focusing on the Parole Board here because its case for diversity is easy to understand, its aims and composition are public and its chair responds to the accountability of her position with candour. But there are countless decision-making groups in the private sector where composition or customer data isn’t available and the chairs would see no reason to comment on their makeup – and most decision-making groups are simply unknown to us. The growing transparency of the public sector is to be applauded and emulated. While customer behaviours in the private sector are easy to analyse – we even do some ourselves at Green Park, based on race and gender – insights are often ignored or seen as uncomfortable.

This leads us to the third principle: the need to acknowledge the inadequacy of the present state of data around inclusion. There is a deep-seated cultural denial about our present position, despite the irrefutable evidence. We have both empirical and anecdotal evidence that clearly shows our workforces and institutions are not reflective of their stakeholders. Acknowledging this demands a degree of humility about what we do next. It’s not so much an apology for the past but a commitment to a better future.

The main barrier to overcome before the majority of senior leaders will be able to make this acknowledgement is the entrenched belief that we are living in a fully realised and completely objective meritocracy, where everyone occupies a position they have earned. It’s a myth. We know it’s a myth because talent is everywhere but opportunities are restricted.

The power of the meritocracy myth is its ability to stop in its tracks any restorative or compensatory action. If organisations formulate a development scheme for an under-represented group, those in denial about existing inequality call it out as unfair. But this is to assume that the existing situation is already fair, when it clearly isn’t. Women and minorities are constantly confronting an environment defined by centuries of preferential treatment for white, middle-aged, middle-class, Oxbridge-educated men. There’s nothing intrinsically bad about those favoured individuals, but if they are the only people who can command the decision-making spaces in our society, and they don’t recognise their privilege, then we shouldn’t be surprised if their frame of reference doesn’t allow them to think about the benefits that can be gained by a wider community that is unlike them.

We need self-knowledge and a willingness to adopt new perspectives on the part of those in entrenched positions of power. We need to let go of the myth of an achieved meritocracy and reform our working practices so that they are inclusive from the start. And we need to remember at all times that inviting people into decision-making processes is an antidote to groupthink. No one has all the best answers – but everybody together does. The best answer is not my idea, or your idea, it’s our idea. And that ‘our’ must be as reflective as possible of those we serve.

At Green Park, we have analysed the top jobs in the private, public and third sectors. Although each organisation is unique, the patterns of behaviour are quite similar. The common theme is an inability to confront the issues of diversity and inclusion with credible candour, often disguised by a well-honed facility for talking about and around the subject. The technical term is waffling, although there are more colourful ones. There’s a generation of articulate and personable leaders who have become very adept at telling us how important diversity and inclusion are to them. But once you start to look at the rates of progress around representation in their workforces, their management tiers and their boards, you quickly learn that reality isn’t in line with the narrative. Talk is cheap, action has a cost; and principles aren’t principles unless they cost you something.

As well as being cheap, talk is dangerous. Propagate your narrative too well and you will build expectations that don’t match the hype when tested. Organisations that talk up diversity and inclusion but don’t deliver find their customers and employees turning off. Spin turns to disengagement.

Leaders need to invest in building their own diversity confidence. They need to reconnect with reality and move forward with authenticity. They must refuse to indulge in generic, external solutions and critically examine the organisation’s starting state from multiple viewpoints and with input from many voices before creating their strategy or attaching their personal brand to aspirations that can’t be effectively realised.

This is an extract from Raj Tulsiani's debut book Diversity and Inclusion for Leaders: Making a Difference with the Diversity Headhunter.  One of the UK’s leading authorities in executive search, interim management, workforce planning and diversification, in his insightful new book, Raj Tulsiani presents a compelling case for the commercial value of diversity and inclusion that goes beyond the moral issues. It gives readers a comprehensive understanding of the issues and provides an actionable framework on how to not only master diversity and inclusion, but also how to profit from it.

Diversity and Inclusion for Leaders: Making a Difference with the Diversity Headhunter is now available to buy on Amazon.